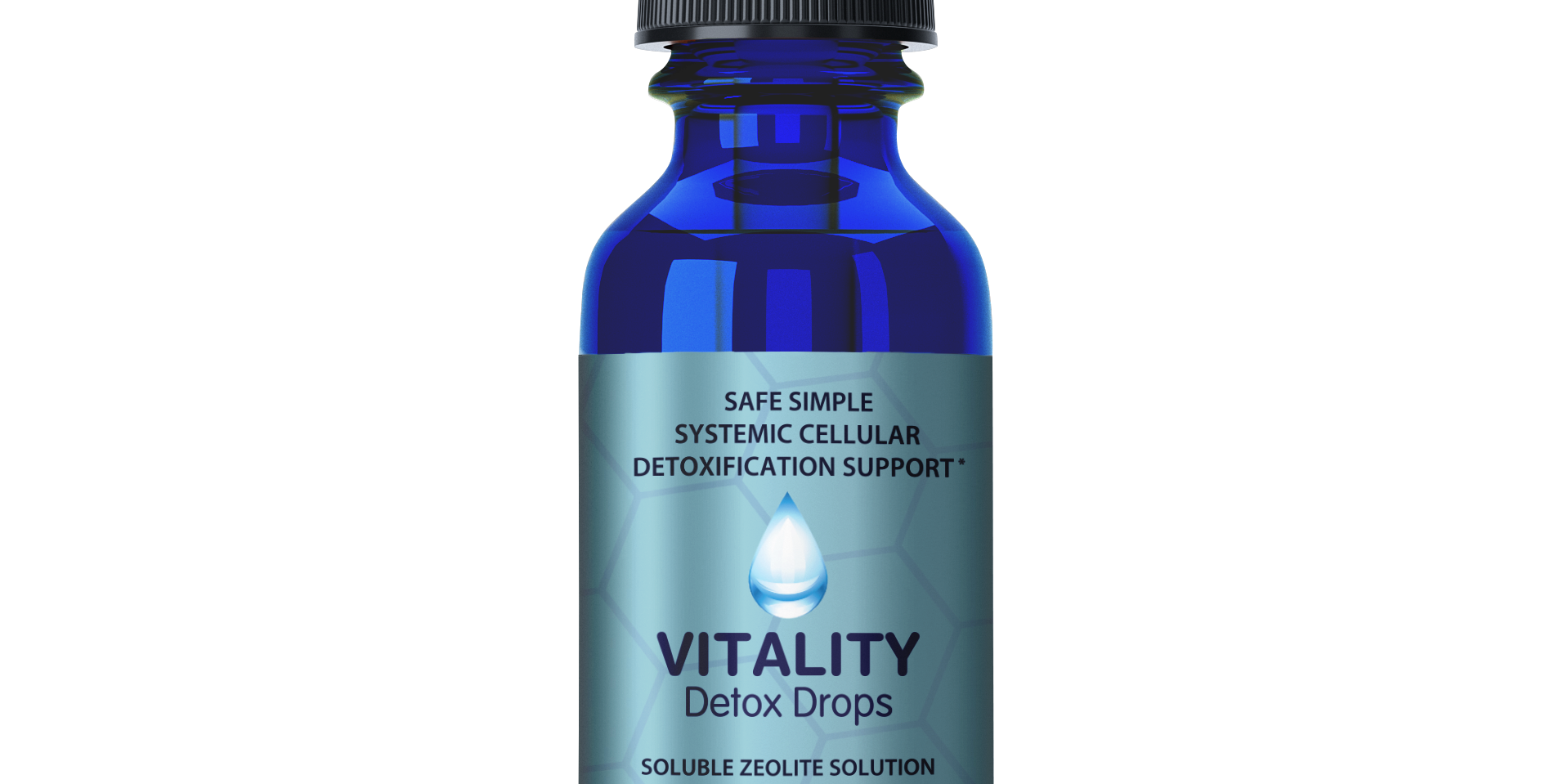 Why Vitality Detox Drops are the Best Zeolite Product on Market

Acupuncturist Michael Cawley was done with zeolite – or so he thought. After testing various forms on himself and observing its continued failure in clinical trials to produce more than minimal improvements, he concluded that the mineral was overrated. “I completely lost faith in zeolite products,” he recalls. “I decided they were just an internet joke.”

Then in 2018, a patient introduced him to a popular product called Advanced TRS, a synthetic form of zeolite. Cawley was dubious, but because he had seen positive impacts on the patient’s health, he agreed to try one bottle to test on himself. So began yet another stage in a saga that combines scientific inquiry, personal experimentation and healing for himself and clients struggling with autoimmune diseases. The journey eventually led Cawley to Vitality Detox Drops, a zeolite product which he unequivocally maintains is the best on the market.

He doesn’t recommend products lightly. Cawley, who trained in acupuncture in Beijing, China, had been a practicing nutritional therapist for more than 17 years in Dublin before complications from Multiple Sclerosis (MS) forced him to close in 2007. His involvement with natural treatments has spanned several decades and included years of trial and error with himself as the subject. After being diagnosed with MS, he noticed the beneficial effects of direct sunlight on his symptoms and began experimenting with different doses of Vitamin D3. In 2015 he followed the Coimbra Vitamin D3 Protocol for MS and autoimmune diseases created by Dr. Cicero Coimbra, self-administering 100,000 IU of Vitamin D3 drops per day in combination with two carefully selected brands of medical-grade magnesium.

“My MS was completely controlled with high doses of Vitamin D and magnesium,” says Cawley. “It’s a miracle. And we live in a society where news of that miracle will be banned from CNN, EURO News, the BBC and every single major news publication on earth.” In 2016 he became trained in the application of the Coimbra protocol and began to apply it with patients in his Dublin-based practice.

By the time he re-encountered zeolite, the MS symptoms were gone. However, the idea of vigorous exercise was still out of the question. Formerly an avid swimmer, Cawley hadn’t spent any extended time in a pool since the disease struck, but within a period after trying the first Zeolite product, Coseva TRS, he experienced a surge of energy.

“Vitamin D and magnesium stopped me from going blind and allowed me to work 60 hours a week, earn money, have a normal life and have a girlfriend,” he explains, “but there was no question of putting pressure on my body by swimming a kilometer. I was lucky to have a nice, gentle walk in the park. I couldn’t jump into a 50-meter Olympic-sized swimming pool until I took Coseva TRS and another product from The Good Inside called PBX [Pure Body Extra Strength]. Now I’m back at it.”

Cawley began prescribing the two products to patients, particularly those coping with autoimmune diseases. Both are ‘fantastic’, in his words. Overall, the results were dramatic and many experienced great improvements in their health. At the same time, some had negative reactions and others couldn’t take even the smallest dosage.

For his part, Cawley believed he was done with detoxification. After regular doses of both Coseva TRS and PBX, he couldn’t imagine there were any more heavy metals or toxic byproducts remaining to be pulled out of his cells.

Then came Vitality Detox Drops. When he first bought a bottle of Vitality Detox Drops, it was through curiosity rather than any desire for further healing. “Because I’ve taken so many detox products over the years, I took the full dose because I thought I couldn’t possibly have any more metals in my body,” he says.

But then something interesting happened. After five days of taking Vitality’s standard dosage of ten drops twice per day, he began to experience strong sensations deep inside his neck. “There were sensations I haven’t had in 20 years since a time when my neck was covered in boils,” Cawley says. “My friend looked at me and said, ‘You’re doing this weird thing with your neck again. I haven’t seen you do that in years.’ I said, ‘It must be that new detox.’”

As an experiment, he stopped taking the Vitality Detox Drops. His neck went back to normal. The experience indicated that the drops were able to reach deeper and more precisely than anything else he’d used thus far.  “It got my full attention,” he says. “None of the other products have been able to put a finger on what this product just did.” He immediately ordered 24 bottles of Vitality Detox Drops and began introducing them to patients all over Europe.

One of those patients is Alex, a business owner in Germany living with MS. Alex had already tried the first two products but couldn’t take either because he became too ill during the detoxification process. As someone who practiced clean living, he was doubtful that environmental toxins could be present in his tissues and impacting his health. Once he began taking Vitality Detox Drops, however, he experienced a strong detoxification effect. Although he didn’t become ill per se, the MS symptoms in his legs increased to the point where instead of his normally erratic walking pattern, soon he wasn’t able to walk at all.

Cawley encouraged him to keep going. “At that point, he had nothing to lose,” he explains. “The recommended dose was 20 drops per day and the rationale for using less is because you don’t want to traumatize the brain and the spine repetitively by pulling out an excessive amount of toxic substance. But that rationale goes out the window when you can’t walk.”

Unbeknownst to Cawley, Alex was doing some experimenting of his own. One night he took 15 of the drops before bed, collected his urine in the morning, and brought it to a lab that same day. “The results he got back had massively increased readings for nickel, arsenic, barium and strontium,” says Cawley. “Where had that come from? Now, all of a sudden, he’s a believer.”

Alex continued taking 20 drops per day and over time, his legs improved to their best level since June. “No other detox product had allowed his body to take anywhere near the recommended dose without blowing his head off,” says Cawley. “He gets the message. This product can do something that none of the other products can do.”

Cawley’s other patients are also using Vitality Detox Drops, with no negative reactions. “They’re starting to feel clearer and have more energy,” he says. “If they start the drops on Monday, by the end of the week, they’re noticing an improvement in symptoms. For me, this is the best product I’ve come across in years. I think it’s fantastic.”